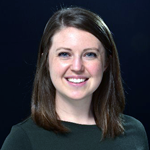 Stacey L Bevan, BS, BSN, RN is a second year PhD student writing a mixed-methods dissertation on sociocultural perspectives of Autism Spectrum Disorder (ASD) diagnosis in pediatric immigrant communities. Stacey was awarded an interdisciplinary grant from the Hillman Scholars Foundation to support her project with the China Jintan Child Cohort study. This grant helped her contextualize the results of her secondary analysis of ASD phenotype in this population-based cohort and plan for dissemination according to Community Based Participatory Research methods. While this project was planned during a complicated time in global health and politics, she was able to appreciate several themes of the work, including recognizing the international platform, engaging with the historical paradigm and developing flexibility in fieldwork.

One of the many benefits of working with colleagues in an international setting is the opportunity to collaborate with others for capacity building and improving community health. This interdisciplinary grant enabled me to reflect on how partnerships in communities are central to nursing work and identity. My discovery of the community health nurse began as a student in international affairs living in South America, where I realized the opportunity human rights concepts to patient care through nursing. Especially in countries that emphasize public health, nurses spend most of their time teaching and treating patients in the communities where they live. In this model, nurses practice in schools, parks, libraries homes and any other place where communities gather. Public health nurses have consistently defined wholistic, patient centered care and served as advocates for underserved communities. The Jintan Cohort is a product of community-oriented nurses partnering with local government and school systems to understand the health of children and provide basic services to families. The study results belong as much to the community as the researchers. Despite differences in language, culture, political context and many other identities, I am consistently heartened by the common ground community centered nursing research finds to benefit the health of communities. The interdisciplinary grant enabled me to engage with a longstanding study built on this foundation.

Secondarily, the clinical phenomenon that this project addressed is particularly relevant to exploration in an international setting. My interest in autism spectrum disorder (ASD) stems in part from the cultural contextualization of the disorder within the biomedical model. One of the two core features of ASD described in the DSM is social interaction, which includes reciprocal play and eye contact in young children. This funding, which centers on interdisciplinary inquiry, enabled me to explore ASD through the lens of other disciplines, including medical sociology and cultural psychology. Through preparatory reading for the project, I began to apply the social construction paradigm to my thinking about ASD in cross-cultural settings. Social construction posits that all disease and wellness states are contextualized in a social environment and therefore are described differently according to time and context. Because China has been historically isolated from western influences, it is a particularly interesting setting to investigate this perspective. The scientific debate about the culturally compared to biological based nature of behavior is long and unresolved. In my exploration of the Jintan Cohort data, it appears as though the ASD phenotype is expressed differently than the western context. Only by quiring these behavioral health phenomena through multiple paradigms and across cultural settings do these themes emerge. Approaching clinical questions by engaging perspectives outside of the biomedical model through this grant allowed me to compare my clinical phenomena in a unique environment.

The first two years of doctoral studies are a lesson in soul searching. Not only are students asked to define their phenomenon- which in nursing is an observable occurrence in clinical practice- we also set out to understand the philosophical and methodological perspective that will inform our work. As a new to practice nurse, I leaned heavily on experience in international relations in this process. Through a course on scientific inquiry, I found a familiar set of guiding principles in the historical perspective, which identifies historical trends, seminal events and the sociopolitical considerations of a research context. As a global health scholar, adopting practices that align with a historical paradigm has become part of my evolving practice as I prepare for projects in international settings. This process became more methodological concrete while working on this grant.

Faced with my relative unfamiliarity with the Chinese context, I began familiarizing myself with the history of the region. At my local bookstore I found an overview of the history of China, a book on globalization and Asia and a summary of the Chinese public health system. It was through this exploration that I realized that the pediatric health system was predominantly hospital centered; children do not have well child visits at a community pediatric office. This difference was critical to understanding policy recommendations of the study, as most screening for behavioral health in the United States takes place in primary care offices. I also signed up for a semester of beginning Chinese, which I soon discovered was a remarkably beautiful and exceptionally difficult language. Because linguistics is often a reflection of culture, it was important for me to bring the basics of language construction and a repertoire of helpful words before meeting with clinicians in the field. Finally, I reached out to a handful of scholars involved in health research in China and was able to learn from their hands-on expertise.

The historical paradigm is closely aligned with another model implemented in clinical research, health equity. This model underscores the impact of social variables like class and ethnicity across the lifespan in the context of health outcomes and prevention. Considered an ecological framework, the health equity model integrates historical time when considering variables that impact individual health. One of the foundational concepts in health equity implementation is cultural humility- being able to maintain an other-oriented stance towards the cultural identity of others. In this way, understanding the historical context not only of the research phenomenon, but also the environment is critical to sustaining a culturally humble perspective. While I had read extensively about the development of Autism as a diagnostic categorization, I knew very little about Autism scholarship had evolved in the Chinese context. This grant enabled me to explore this gap, which proved critical when I began interacting with local scientists. While this preparation has underpinned my work for many years, this project enabled me to apply this procedure to a new research setting, solidifying my methodological process.

Flexibility in the field

The purpose of this project was to share research findings from a secondary analysis of the original cohort study, where the primary aim was to investigate environmental exposures on child development. A core component of Community Based Participatory Research methods is capacity building and data sharing, which helps to democratize the research process and ensure all team members are equally benefiting from the research. While this set of methods is typically associated with primary data collection, several components are readily translated to secondary analysis, including dissemination. Because I conducted a systematic review on environment and Autism Spectrum Disorder in China, I planned to share the results of this inquiry in addition to characterizing the children in the original study. These findings may serve to better understand child development in this context, relevant to teachers, pediatricians, city public health officials and academics.

These community based participatory research methods and nurse centered values of teaching inspired the original aims of the grant. Many of them however, where not able to be implemented due to political escalation between the two countries. One of the major lessons associated with this project was the need to be flexible to global health settings. Many factors are well beyond the control of researchers and collaborators. While this is always true, the variables exponentially increase in global settings. As the fall of 2019 progressed, the political and economic tensions between the United States and China became more dramatic. I received news that the hospital that housed the study would no longer be able to host American scientists. While the collaborators were amenable to my visit, as the state funded health facility they were required to abide by national policies. While I was aware of this building tension, I was disheartened to find that it escalated to the extent of interfering with the research process, one that I proudly conceptualize as extending beyond national boarders. However, economics and politics has real effects, including those that impact science.

This news was disappointing; however, I was able to pivot plans for the trip to visit the South of China, in city that was politically more open than the northern providence. Here, I met with two physicians trained in neurology who are leading screening and treatment for Autism in one of China’s largest cities. They walked me through pediatric care in China and novel methods to screen children for behavioral health risks outside of primary care networks. These efforts included using AI and telehealth technologies to reach the bolstering population in Guangzhou. I was also able to meet with the PI of one of the largest population child cohort studies to date and discussed the study’s measurement and expected prevalence of children with an ASD phenotype. In addition to this hospital visit, I interacted with nurses at a hospital in Shanghai that practiced both western medicine and traditional Chinese medicine (TMC). While these conversations were very practice oriented, TMC presents another set of modalities and way of understanding physical phenomenon that could be useful to providers in the United States. This is especially true because many TMC modalities engage sensory interventions, a core component of the ASD diagnosis criterion.

While I was able to meet some of the aims of the project and pivot to identify other opportunities, I am still committed to sharing results with the study team in China. This work will culminate into a master’s thesis project for a degree in statistics and thereby be published in a peer reviewed context. With the connections that I have made with scholars through this work, I intend to publish a plain language summary in both English and Chinese and make a recording of the work available in Chinese. As is always the case, I am available to connect with international researchers in whatever way may be helpful for them. In many ways, keeping the door open can be a challenging yet worthwhile effort, representing my belief in the power of international communities.

The Hillman Scholars of Nursing Innovation Interdisciplinary Inquiry Grant supports scholars in exploration of their research phenomenon in novel theoretical and environmental contexts. This grant enabled me to investigate the Autism phenotype in a cohort of preschool aged children in Jintan, China within a community based participatory research framework. Unfortunately, not all of the aims of the study were accessible due to global political shifts. However, through this grant I identified unique strengths of research in an international setting, applied the historical paradigm and adjacent models to a novel context and learned to quickly shift to identify new opportunities. This grant enabled me to establish the theoretical and methodological basis for my masters thesis in statistics, which explores a socially contextualized clinical phenomenon of Autism in the Chinese context.

Categories
Archives
Back To Top